Changes to the AEA Framework in South Australia

A History of Gold in Australia 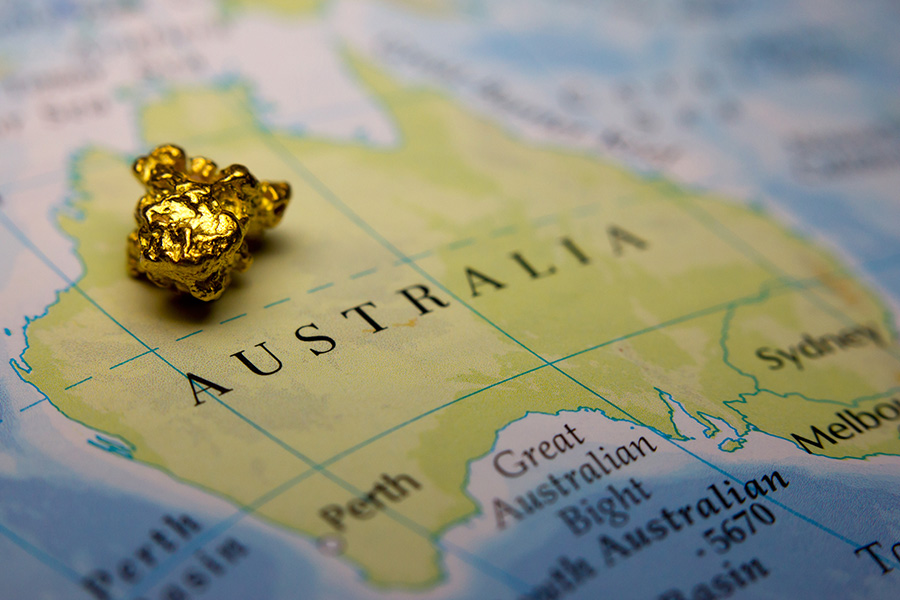 There is a long history of gold discovery and gold exploration in Australia, however there are contrasting reports as to where gold was first discovered in the country. According to some records, gold was first discovered in 1851 near Orange in New South Wales. Others argue that that was the first ‘payable’ gold discovery, whereas gold had previously been found near Bathurst in New South Wales in 1823. Depending on where you are sourcing your information, you might also find an argument that the first discovery of gold was in 1847, near Beaconsfield in Tasmania.

Regardless of where gold was first found and who found it, the first major gold rush in relation to a gold discovery definitely occurred on the mainland and forms a significant part of Australia’s history. Throughout 1851, there were several locations within New South Wales and Victoria that people fled to with the intention of mining for gold. These included Orange, Castlemaine, Sofala, Warrandyte, Clunes, Bungonia, Buninyong, Ballarat, Bendigo, Araluen and Omeo. Hundreds of citizens changed their lifestyles to become diggers and focus on finding gold.

The last major historic gold rush in Australia was in 1893 in Kalgoorlie, Western Australia. It has been estimated that over a three-day period, more than 700 men began prospecting in the area. In the following years, the population of Kalgoorlie grew to nearly 30,000 as families moved to the thriving area. Kalgoorlie and surrounds have produced more than 58 million troy ounces of gold since the initial gold discovery was first made there. As we all know, it is still a thriving mining area.

Is there still mining for gold in Australia today?

Gold mining and gold exploration are still major parts of the resources industry in Australia, with thousands of people being employed at gold mines and exploration companies across the country. Modern-day exploration and mining are conducted all over Australia, with major projects in Western Australia, New South Wales and Victoria. The Kalgoorlie Super Pit, for example, has been underway since 1893 and is expected to measure 3.5km in length by 2026.

Here are some interesting facts about mining for gold in Australia:

Gold production also takes place in various other destinations in the world. While China and Russia are two of the largest gold producers, there is also gold mining occurring in United States, Canada, Peru, Indonesia, Ghana, South Africa, Mexico and Brazil.

Some 150 years ago, there were very few regulations surrounding mining and mineral exploration. Over time, as authorities have become aware of how significant mining is for the Australian economy and also how it impacts our environment and relates to land use, there have been a variety of processes and laws come into place to oversee and manage all mining-related projects. Mining lawyers and consultants experienced in tenement management have become more and more in demand to help companies as they navigate the complexities of mining tenements, environmental management and compliance.

Nowadays, before mining operations can even begin, there are a variety of approvals and licences that need to be obtained by operators, often in a particular order to facilitate the eventual approval of a project. Some types of applications include development consent and other environmental approvals, tenements, land access agreements and compensation agreements approval. It can be a complex legal area to navigate, and so most corporations see value in acquiring the assistance of an experienced tenement consultant.

There are several major gold mining companies who contribute largely to Australia’s overall gold production. There are also numerous smaller companies conducting exploration and mining operations in states across the country. The team at Hetherington has worked with numerous clients, including both major producers and smaller companies with gold mining and gold exploration projects across Australia. With experienced tenement managers, mining lawyers and environmental consultants, our team can offer a wide range of support and services to corporations in the gold mining industry: