The Importance of Mineral Exploration

What Do Mining Lawyers Do?

How Mining Supports the Australian Economy 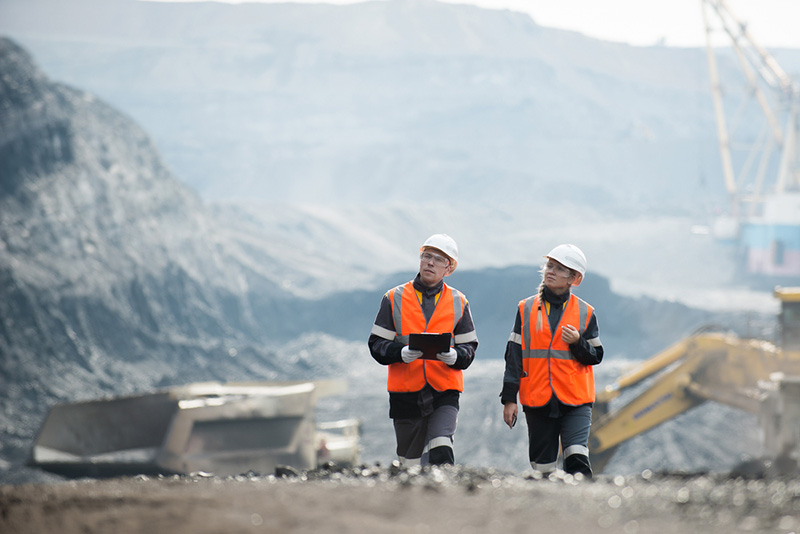 COVID-19 has presented a threat to the economy around the world. Throughout the pandemic certain industries have fared better than others. Mining in particular has played a crucial role in keeping the Australian economy strong.

This required a dedicated effort from mining companies to keep their operations going in a safe, hygienic manner. Faced with an unprecedented situation, the Australian mining sector responded with poise and got the job done.

In this article, the Hetherington team, including mining lawyers, tenement consultants and environmental consultants explore just some of the ways in which mining contributes to a strong Australian economy.

In the previous financial year, the mining industry delivered a share of over 10 per cent of the Australian economy in terms of its gross domestic product (GDP). The sector’s contribution was over the $200 billion mark and demonstrated economic growth of almost five per cent, in part due to the increasing international demand for iron ore. This occurred during a time of general downturn.

The Australian mining sector has maintained a thriving international market, and its extensive exports make a highly valuable contribution to our national economy. Exporting boosts demand far beyond what it would be locally, to deliver greater cashflows back onto home soil.

Expressed in its most basic way, exports represent cash flowing into the country, whereas imports reflect cash flowing out of the country. Australia’s exports are largely made up of resources, with the resources sector accounting for over 50 per cent of our export revenue.

By contributing largely to Australia’s overall exports, mining helps to shift Australia towards a trade surplus and away from a trade deficit. It improves our balance of trade and, in so doing, bolsters the value of the Australian dollar.

Exports are used to calculate the nation’s GDP. This figure not only reflects our economic strength, but informs the decision-making of investors.

On a more grassroots level, mining stimulates the economy by providing jobs across a range of specialities, both blue and white collar. The resources sector employs over 240,000 people directly. This is not including the many indirect jobs which are based around mining, such as in technology, equipment, and services. If you include these, the number of Australians employed through the mining sector exceeds 1 million.

This employment in turn stimulates the economy. By taking pay home, employees are empowered to meet their financial obligations and to undertake increased consumer spending including discretionary spending. This in turn supports other businesses which are dependent on sales. As debts such as mortgages are increasingly paid off by employees, money is freed up for use in other areas. This enables consumers to spend more on additional items such as a new car or a new property. By employing the amount of people it does, the mining sector keeps this money circulating in the economy.

On this note, the mining sector demands specialist skills and as such, it often pays the professionals in its employ rates in excess of the Australian average wage. This specialisation also requires a large number of apprenticeship and trainee roles, providing a career path for young Australians losing other opportunities due to industry change. Additionally, mining’s jobs have proven to be some of the most stable in a time of great disruption to the workforce.

These employees are of course taxed which increases the money available for government spending. At the same time, mining corporations and companies are taxed, with taxes from mining companies and industry royalties reaching almost $40 billion in the 2018-19 fin year. This in turn increases the amount the government can spend on infrastructure, education, health, transport, social security, defence and more.

As technology continues to increase the efficiency of mining and international demand continues to drive up the prices of various resources, the importance of the mining and resources sector in Australia will only continue to grow. Major new projects that have already completed feasibility studies may lead to extensive job creation and represent an increased ability to service international demand, further improving our economic standing.

The mining lawyers at Hetherington count themselves among the Australians employed within the mining sector. Our experienced team also consists of tenement consultants and environmental consultants, working to ensure mining and exploration companies are confident they are adhering to tenement compliance, an established program of work, and mine work health and safety. We play a key role in ensuring they successfully obtain the necessary tenements and environmental approvals.

To gain assistance with tenement management or other legal services related to mining, contact our Australian mining lawyers on 02 9967 4844 (Sydney), 08 9228 9977 (Perth), or 07 3236 1768 (Brisbane). Alternatively, browse our website to gain a comprehensive understanding of the services we provide.