Everything You Ever Wanted to Know About Diamond Mining

9 Everyday Items That Depend on Mining 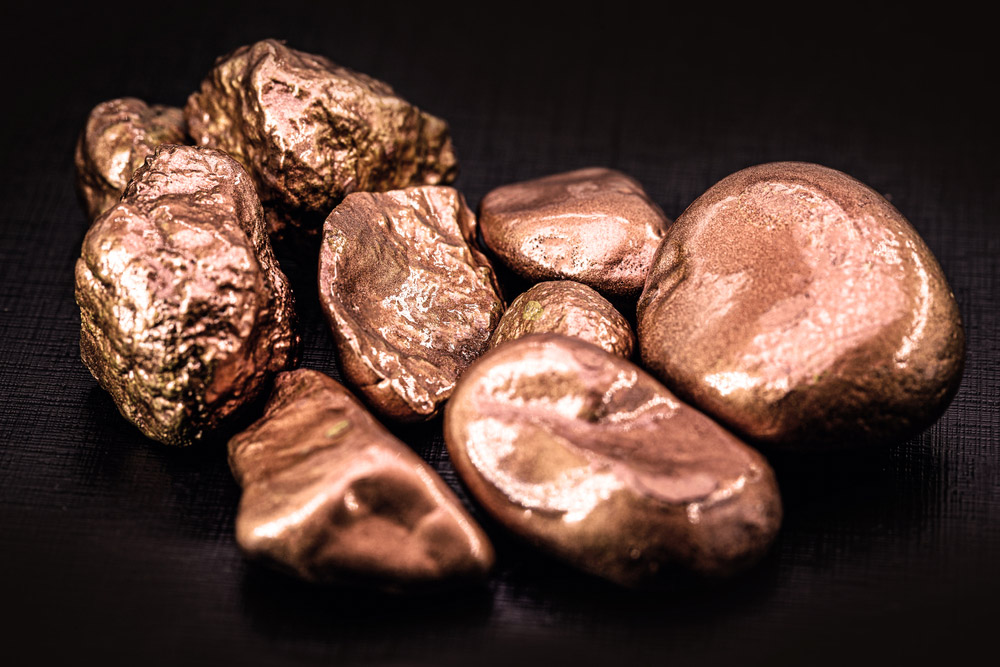 Copper is widespread throughout Australian homes

Copper is widely used around your home. Anyone who has ever worked as an electrician will know this, but it is not always common knowledge among everyday Australians. The average home contains nearly 100 kilograms of copper across different features of the home. Almost half of this is in the form of electrical wire, within your home itself or your appliances. A significant amount of copper is also used in your home’s plumbing.

Though less valuable, copper shares a lot of properties with gold

For value per gram, little can compete with gold, but when it comes to geological properties, copper and gold have a surprising amount in common. Like gold, copper shares a distinctive colour that does not occur in other minerals. It is similarly ‘soft’ and malleable for a metal, while still maintaining its toughness. Also, like gold, it is an outstanding at conducting heat and electricity. The two metals are often found together as well.

Without copper, there would be no bronze

Bronze is not a naturally occurring metal, but rather an alloy that combines two metals: tin and bronze. It was first made during the ‘Bronze Age’ which spanned from roughly 3300BC to 1200BC, which is one of the first periods during which humans started working from metal; and while many substitutes have been found for certain applications since then, bronze is still used today in many settings including bearings, bushings, and springs. Brass is another alloy that requires copper, along with zinc.

Copper’s many qualities make it ideal for the building trade

This is why it is so widespread and enjoys an ongoing, stable market. Its electrical conductivity means it is used in generators, motors, lighting, wiring for radios, TVs, computers, and telephone cables. Meanwhile, because of its ability to conduct heat, it is used within machinery including car radiators and home air-conditioners, and even items such as cooking pots. It does not corrode or rust easily, and it is malleable and ductile enough to go around bends without breaking, hence its use within plumbing systems and water pipes. It is even used in Australian coins.

Copper has even stranger uses, such as fertiliser and fungicide

One of the reasons why copper mining has thrived in Australia is that is has many uses that have been necessary at different historical periods. For example, copper sulphate, which is produced with copper and sulphuric acid, is a helpful fungicide, which prevents the development of fungi and spores. This has applicants in preventing plant roots from impacting drains and sewers, and in preventing algal blooms in water ways. Another strange use is as copper naphthenate, which is useful for protecting timber from boring insects. As a final example, copper is often used in fertiliser to enhance the productivity of farming.

Copper was first found by accident in Australia

By the time European settlers came to Australia, copper was already well-known, and so the search commenced almost instantly. However, the first discovery of significance occurred in South Australia in the town of Kapunda in 1842 by accident – a sheep famer chanced upon it while trying to track own his missing sheep. In turn, the Kapunda mine became highly productive and initiated a wider search for copper in Australia.

Australia has some of the world’s largest copper deposits

The quantity of copper in Australia is second only to Chile in South America. Australia’s copper mining projects, assisted by mining lawyers, are of global significance and form an essential cornerstone in the world economy. Mt Isa, Olympic Dam and Prominent Hill are just a few of our most significant copper mining concerns. Copper is often found along with other minerals such as gold, silver, zinc and lead, hence these mines are not always exclusively copper mines.

Copper is largely taken from underground mines in Australia

Australian conditions have suited underground mining for copper, despite other copper-mining countries preferring the open-cut method. In Australia, ore is generally broken underground and raised to the surface, where it is then ground to a fine consistency and methods such as flotation are used to separate off the valuable copper from the waste material. Often the concentration of copper is quite high, between 25 and 60 per cent of the ore.

Like all mining operations, the mining of copper depends on sound legal guidance

Copper mining is not exempt from the national and state-based mining laws, rules and regulations that govern all Australian mining. Successful copper mining companies depend on a specialist mining law firm with experienced mining lawyers who can assist with tenements, tenement compliance, tenement management, and with outlining a program of work and mine work health and safety advice.

A mining law firm, such as Hetherington, can help you achieve successful applications, renew your tenement, and ensure you are meeting your environmental obligations in their capacity as an environmental consultant.

Many major mining companies trust to Hetherington for their legal advice, counsel, and tenement management. Contact our office in Sydney (02 9967 4614), Perth (08 9328 3710) or Brisbane (07 3236 1758) to find out how Hetherington Mining Lawyers can assist with your copper mining operations.